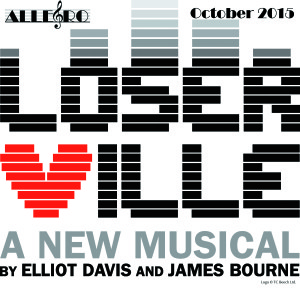 Loserville is based on computer geek Michael Dork and his friends who are about to change the world. It’s just that no-one knows it yet. Michael’s also discovered a girl, Holly, a prospect (almost) as exciting as his love of binary. If only he had the courage to talk to her!

You would never expect that the geeks would have inherited the world. But they did! Loserville gives us the seventies with a cast of characters that are totally recognisable and a score that’s entirely contemporary. Perhaps things haven’t changed that much after all!!

Music and lyrics by James Bourne and Elliot Davis originally created for Youth Music Theatre UK. The story is based on an album, “Welcome to Loserville” from Bourne’s second band, Son of Dork.

Auditions for company and principal cast will take place end of May/beginning of June 2015 with show dates of 20th – 24th October 2015 at the Church Hill Theatre, Morningside, Edinburgh.